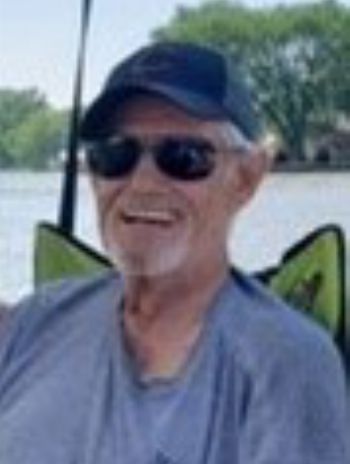 Walter “Corky” Ross, 75 of McHenry, died peacefully, November 3, 2019
A visitation will be held on Saturday, November 16, 2019 from 1-4 pm with military services being held at 4 pm all at DeFiore Funeral-10763 Dundee Road, Huntley, Illinois.
Corky was born April 22, 1944, the son of Herman and Mary Ross. He served in the United States Army in the Vietnam War. In the Army, he was a Combat Engineer and Sharpshooter Expert. Corky enjoyed hunting, boating, fishing and sometimes just watching the river go by. Corky was an avid Cubs fan and a baseball fanatic. He also loved bird watching, especially hummingbirds. Corky will be greatly missed by all, especially for his smile and fun sense of humor.
He is survived by his son, Todd Ross, his grandchildren, Nicholas, Elizabeth “Ellie”, Mya and Jesse. He is also survived by his siblings, Jim (Sharon), Ronnie (Karen), Tommy (Jeri) and Danny (Judy); he is also survived by sisters-in-law, Sharon Ross and Jan Wilcox, as well as by many nieces, nephews and friends.
He was preceded in death by his parents, Herman and Mary Ross, his wife Shirley, daughter, Lisa, brother, Kenny and sister, Linda.