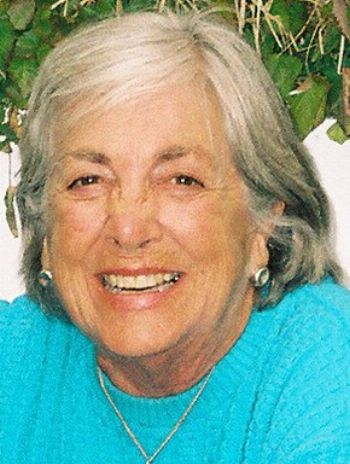 Born and raised on the shore of Lake Michigan in Long Beach, IN, Mary Burnham Gehrig continued to share her life long love of the lake and the beach with her children and grandchildren. Mary showed them how to dig to China, and to look for colored sea glass and “friendship rocks.” “When are we going back to the lake?” was a frequent question up until the end. Mary met her husband Don, a Sheboygan, WI, native, while studying at UW-Madison. There they fell in love and spent evenings cleaning up the Brathaus after Don’s shift. They married in 1955 and eventually settled in Deerfield, IL in 1964, after spending time in Pittsburgh, PA and Southfield, MI.

In Deerfield, the Gehrigs enjoyed the company of many wonderful and generous friends and neighbors. Mary and her children, Jenny, Fred, John and Mark, lost Don too soon in 1972, after which Mary ably raised the kids on her own, seeing them through college. Mary returned to the career of her 1954 undergraduate degree, working as a speech and language therapist at Wescott School in Northbrook, IL, for 15 years. In 1988 Mary started a new chapter in Basking Ridge, NJ, where she spent quality time with Jenny and her family. There, she started a new career as an interior decorator, putting her ever present sense of style to good work. In 2003 she returned to the Midwest and built a home at Sun City, in Huntley, IL, beginning “phase two” of her grandmother-ship with John and Mark’s kids. “G’ma Mary” loved being at the center of family celebrations. We are so fortunate to have had her at her granddaughter’s Sara and Mary’s recent weddings, and also that she was able to play with her great grandson, Ben. She was thrilled to welcome two new grandsons into her life - Dave Baumgarten and Matt DiCicco.

Mary passed away peacefully, in the company of her children, on November 6, 2019.

Mary was born on April 27, 1932, the daughter of John and Isabel (Stitt) Burnham. She is survived by her children, Jennifer (Mitchell) Kunzman, Frederic, Mark (Erica) and her daughter-in-law Kathleen Gehrig; her 7 grandchildren, Sara (David) Baumgarten, Wyatt Kunzman, Mary (Matthew) DiCicco, Michael, Mallory, Isabel and Brett and by 1 great grandson, Benjamin Baumgarten. She is also survived by her sister, Alice Burley, and brother, Fred Burnhamand many loving nieces and nephews.

Along with Don, Mary was preceded in death by her son, John, and her brother Robert.

In lieu of flowers, memorials may be directed to the American Lung Association.

The family wishes to thank the caring staff at the Barrington Journey Care center, where her last days couldn’t have been more peaceful and dignified.

For further information please call the DeFiore funeral home at 847-515-8772, or online condolences may be directed to www.defiorefuneral.com.

I knew Mary at Wescott School for many years - a truly great lady. May her memory be a Blessing.

Please accept our condolences in the loss of your loved one. It is so hard to let go of the ones we love but we have our memories and we have the knowledge she is in the best place now with all her loved ones gone before.