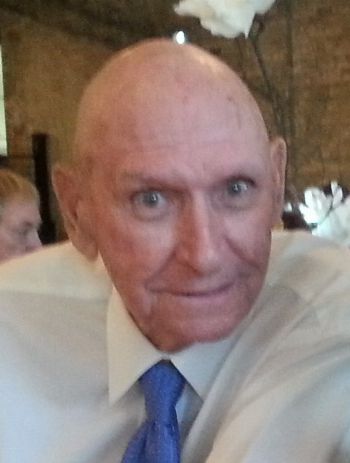 Frank Covert, “Hank”, 90 of Huntley, IL, formerly of Mapleton Depot, PA, died peacefully on December 31, 2019 at Alden Memory Center in Huntley, IL.
Visitation will be on Saturday, January 4, 2020 from 10 a.m. -12 p.m. with a service being held at 12 p.m. all at DeFiore Funeral Home – 10763 Dundee Road, Huntley, IL. Inurnment will be held at Centre Memorial Park, State College, PA at a later date.
Frank was born December 3, 1929 in Mapleton Depot, PA, the son of Frank and Grace Covert. On November 17, 1951 he married his wife Alda. In his early years he played baseball in Mapleton Depot, PA. He retired from Plumbers and Pipefitters Union 520 in Harrisburg, PA.
He is survived by his wife, Alda, his son, Jeff (Carmia) Covert, by his 5 grandchildren, his 7 great-grandchildren, and his sister, Geneva Shoop. He is preceded in death by his son, Steven, his brother, Ken, and his sister, Marian O’Donell.
For further information please call the funeral home at 847-515-8772 or online condolences may be directed to www.defiorefuneral.com In lieu of flowers, condolences can be made to the American Cancer Society https://www.cancer.org/involved/donate.html

Condolences (1)
Please take at least 10 seconds before clicking Submit to confirm the validity of the condolence.

so sorry to hear of Hank's passing. I was born and raised in Mapleton and as a boy Hank was a boyhood hero as a great pitcher for Mapleton in the Huntingdon Co. League. He was well over 6 feet tall and when he wound up and kicked those big spikes up all you see was that and by the time you saw the ball it was too late. I knew the whole Covert family and a great bunch of people they were. Once again so sorry to hear of his passing. Thought you might like to hear from someone who knew him in Mapleton. There were a lot of us that knew and liked him.