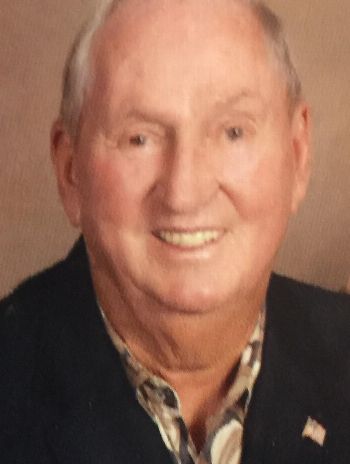 Frederick William Wysk, 85, of Lake in the Hills, died peacefully on May 16, 2020, with his loving family by his side.
Fred was born July 23, 1934, in New York City and was the only son of Arthur and Marie Wysk. His parents met in New York after immigrating to the United States from Germany. He was the loving and devoted husband to his beautiful wife, Lori, for 57 years after meeting at Bradley University. Fred and Lori first settled in the Chicago area , then to Peoria and returned to the Chicago suburbs 30 years ago. Fred proudly worked as a civil engineer for many different companies and retired from the US Department of Energy in 2000. He proudly served in the United States Army and was very active in fraternal organizations, starting off in DeMolay, Scottish Rite and later a Mason. He then became a member of the Shriners, where he played the trombone in the Shriners Brass Band. He was also very active with the Illinois Society of Professional Engineers and held an Illinois real estate license. As an engineer the details mattered to Fred, he enjoyed watching nature, was an amateur magician, enjoyed FOX News, traveling the world with his wife, laying in the sun on a beach and spending time with his family. Fred was the life of the party, always was making everyone laugh and never knew a stranger. Fred was a loving husband, father, grandfather and a man of great faith. He will be missed by all who knew him.
He is survived by his wife, Lori, his children, Leslie (Mario) Batas of Virginia Beach, Virginia, Carla (Ron) Elam of Huntley, Illinois and Frederick (Tina) Wysk of Dallas, Texas and by his seven grandchildren, Brandon and Jaron Batas, Jamie, Joshua and Jacob Elam, Alexander and Andrew Wysk. He was preceded in death by his parents.
Services will be private, and a celebration of life event will be held at a later date for friends and family at Boulder Ridge Country Club. In lieu of flowers memorials may be directed to Shepherd of the Prairie Lutheran Church, 10805 Main Street, Huntley, Illinois 60142.
For further information please call the funeral home at 847-515-8772 and everyone is encouraged to leave a message or share a story about Fred at www.defiorefuneral.com

Lori & Carla I am sorry to hear about Fred. I always enjoyed talking to him and some of the topics were about Peoria. He was one of my very dedicated offering counters at Shepherd of the Prairie Lutheran Church. I will certainly miss him at Church and in the counting work room.

Lori and family: I am sorry to hear of Fred's passing. You are in Roberta's and my thoughts and prayers. I remember those long ago years building Edwards and Duck Creek when I was just starting my career. And of course we can't forget the dances at the Hub Ball Room. I am glad to share part of the long and winding road with Fred and you. I still tell a story or two from those years. Paul and Roberta Reber

So sorry to hear about Fred Wysk’s passing. He was a dear friend to my dad. My dad thought he was so funny. I still remember the card group you were all in when I was a kid. I am sure my dad is up in heaven partying with him right now!!

So sorry for your loss! We have such good memories of Fred. His crazy magic tricks, teasing our dog unmercifully, driving the big motor home to San Antonio and so much more. He was always fun and laughing. May he rest in peace and may God give your family comfort and peace.

Sending our sympathy and prayers to all in the Wysk family. We have many great memories of Fred and all of you! God bless!

So sorry, He was one of the most intelligent people I ever met and a true gentleman.