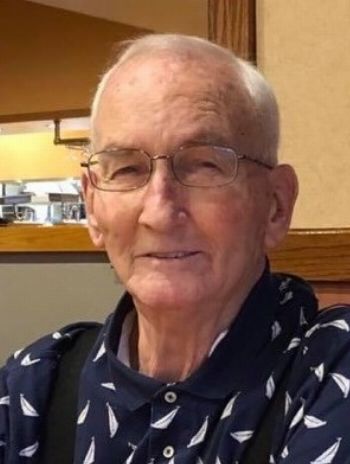 Frederick D. Bartlett, 87 of Huntley, died peacefully, June 2, 2020 with his family by his side.
Services for Fred will be held at a later date. Everyone is invited to leave a message or share a memory at www.defiorefuneral.com
Fred was born January 27, 1933 in Chicago, Illinois the son of Herbert and Millis Bartlett. On August 8, 1958 he married the love of his life, Bennie Horne. He proudly served in the United States Air Force during the Korean Conflict. He was a member of the American Legion, enjoyed bowling, fishing, bags and in his earlier days he was quite a softball player. He was a devoted husband, father, grandfather, great grandfather and friend who will be missed by all who knew him.
He is survived by his children, Rhonda (Mike) Frain, Vicki (George) Sutter, Kim (Ed) Tepper, Kathy (Mark) Proffitt, Kelly Bartlett and Michael (Carolina) Bartlett, 18 grandchildren and 22 great grandchildren.
Fred was preceded in death by his parents, his wife, Bennie, his brothers, Herb and Bob and by his grandchildren, Nicole and Mikey and also by his great granddaughter, Sydney.

Fred & Bennie lived a block away here in Del Webb. I bought some old coins from him several years ago. Susie and I always chuckled watching Big Fred walking probably the smallest dog you could imagine. He was always a polite gentleman. Sincere condolences to his surviving family.

Farwell friend and neighbor. Bowling brought us together when we were young. We moved to Huntley and continued to enjoy each other's company. Rest in peace.