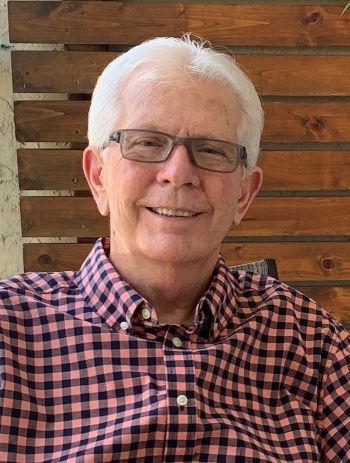 William “Bill” Nickolas Economos, 76, died peacefully in his home surrounded by family on February 18, 2021.
Bill was born in Wisconsin on September 15, 1944 to parents Nickolas and Maribyrd (nee Mathesen) Economos
Bill was an entrepreneur who started a number of transportation companies. For over thirty years he proudly operated his most successful company, Systems II Transport, with his two sons. He enjoyed woodworking projects, home improvements, college football, and family card games.
Bill is survived by his children, Rick (Maureen) Economos, and Randy (Bonnie) Economos, his grandchildren, Paige (Bobby), Stephanie (Ben), Ryan (Kailey), Michael, and Jake (Autumn), his great-grandchildren, Peyton, Avery, Hank, Taylor, Rose, Jordyn, and two more on the way, and his siblings, Ellie (Mike) McDermott, Helen (Jeff) Sorensen, Bonnie (Dave) Rauch, and brother-in-law Jim Royhl.
He was preceded in death by his beloved wife of 46 years, Doreen (nee Kissane) Economos, and his siblings, Elizabeth (George) Reidy, and Nikki Royhl.
Cremation will be private at DeFiore Funeral Home.
In lieu of flowers, memorials can be made in Bill’s name to Project Purple https://charity.gofundme.com/donate/charity/projectpurpleinc/0

We will miss our forever friend, you and Doreen left us much too soon.

Our heartfelt sympathy to your family.

To the Economos family my heart is glad to have known him.

Your wings were ready but my heart wasn't. You will be forever in my heart . May God give comfort to the family.

We loved Billy and will miss him. We loved and admired the way his children took care of him and Doreen through the travail of their illnesses. I am proud to say that Billy and I were close growing up and I felt honored when he told me he felt as if we were brothers. We send our love and condolences to all the rest of the family.

Sorry for your loss.