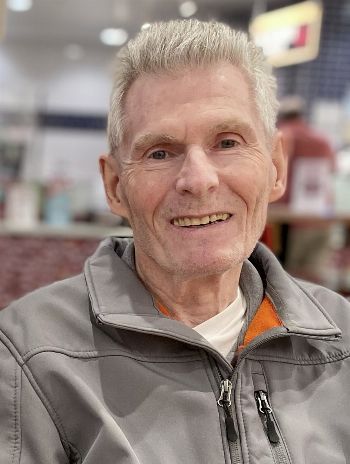 Casmeir A. Kurek, 81 of Huntley, died, peacefully, March 18, 2021
Visitation will be held on Monday, March 22, 2021 from 4-8pm at DeFiore Funeral Home -10763 Dundee Road, Huntley. A Funeral Mass will be celebrated on Tuesday, March 23, 2021 at 10:00am at St. Mary Catholic Church-10307 Dundee Road, Huntley. Burial will be private. In lieu of flowers memorials may be directed to Catholic Charities.
Casmeir was born December 7, 1939 in Chicago the son of Alexander and Mary Kurek. He proudly served in the United States Army. On August 17, 1974 he married Ruth M. Ash. Casmeir worked as an engineer for Zenith and later for Nortek, where he retired from. He enjoyed woodworking, cars, guns and was an avid Cubs and Bears fan. He was a loving husband, father, grandfather and friend who will be missed by all who knew him.
He is survived by his wife, Ruth, his children, Kimberly (John) Hoeft, Scot (Kelly) Kurek, Kevin (Carrie) Kurek and Steven (Nicole) Kurek, his grandchildren, Christopher (Allie), Julia (Dylan), Logan, Matt, Colten, Courtney, Kensingtyn, Charlotte, Kamryn and Ethan and great granddaughter, Scarlett. He is also survived by his brother, Jozef Kurek and many nieces and nephews.
He was preceded in death by his parents, and by his 4 siblings.
For further information please call the funeral home at 847-515-8772 or online condolences may be directed to www.defiorefuneral

Condolences (9)
Please take at least 10 seconds before clicking Submit to confirm the validity of the condolence.

My thoughts and prayers are with the entire Kurek family. So sorry for your loss.

My favorite uncle will be missed we will meet again someday

Scot and family, my deepest condolences on your tremendous loss. Prayers to you and your loved ones.

My deepest heart felt condolences for you and your family. Uncle Casey will allows be remembered fondly by me.

Sorry for your loss. My thoughts and prayers are with your family.

Ruth and family - I am so sorry to hear about the loss of Casey - I had the pleasure to work with him for several years at Nortech. We has a wonderful person and boss. Dan and I extend our heart felt sympathy to you and your family.