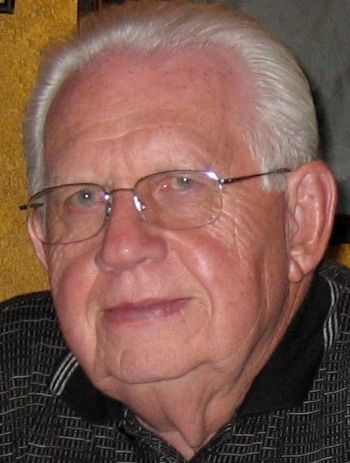 Raymond Aloysius Zielinski, 85, of Algonquin, formerly of Geneva and Huntley, died peacefully on Wednesday, May 26, 2021 at JourneyCare Barrington.

Ray was born in Chicago on August 30, 1935 to parents Aloysius and Helen (nee Grabcynski) Zielinski. He is a proud graduate of St. Sylvester Grammar School and DePaul Academy. He met Loretta Lehrer on a blind date and the pair married on June 30, 1962. Ray was a proud veteran of the United States Army, however his true passion in life was his family. He was a dedicated husband and he loved to spend time with his children and grandchildren. He coached his boys in Little League and was incredibly proud of the men they became. He was very active in Sun City, as the captain of the bocce ball team, as well as participating in Celtic Club and Computer Club. Ray was known for his light-hearted personality and dry sense of humor. He loved talking to people and could make friends with anyone. He will be greatly missed by all who knew him.

Raymond is survived by his beloved wife of nearly 59 years, Loretta Zielinski, his children, Bill (Jennifer) Zielinski, Jim (Beth) Zielinski, Tom (Julie) Zielinski, and his grandchildren, Mitchell, Connor, Ryan, Ella, and Emmett.
He was preceded in death by his daughter, Kathrine Zielinski, his parents, and his brother, Gerald Zielinski.

In lieu of flowers, memorials can be made to JourneyCare Hospice https://journeycare.org/ or Seguin Services, 300 Central Avenue, Cicero, IL 60804

Condolences (1)
Please take at least 10 seconds before clicking Submit to confirm the validity of the condolence.

Our sincere condolences. Ray was a good neighbor and friend. He shall be missed, but remembered.