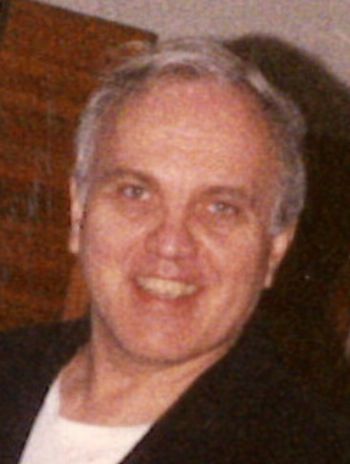 Dennis Wallace Watts, age 78, of Huntley, IL -- formerly of Schaumburg and Chicago -- passed away on August 29, 2021 at Northwestern Hospital Huntley. Beloved husband to Louise, father of Patricia Neal, Walter (Laura) Watts, Lisa (David) Steffey, Kristen Eltvedt, Dennis J. (Lisa) Watts, and David (Carie) Watts. Beloved grandfather of Alexa, Laine, and Chase, Jake , Sarah and Carter, Kale, Caden, Colin and Kassidy, Liam, and Lily, Charlotte, and Penelope; son of the late Walter and Lee Watts (nee Cabai). Brother of Randy and the late Marylen Watts. He also had many nieces, nephews and cousins. He was a beloved family member of extended family and in-laws.
Dennis attended elementary school at St. Constance in Jefferson Park, high school at Marmion Military Academy in Aurora, and he graduated from Loyola University-Chicago in 1963. Although he earned a BS in Industrial Management, he spent his career as a COBOL and BAL computer programmer/analyst. He became a programmer after excelling at a computer aptitude exam he took to help a friend prepare for an interview. Dennis’ consulting IT career led him to working at companies as diverse as Sears, Discover Card and Spiegel. Three of his children -- plus his wife, became programmers as well.
Dennis married Louise Remback on November 18, 1967 at St. Robert Bellarmine Church in Chicago. He met Louise as a teenager while Louise worked at the neighborhood coffee shop that Dennis would frequent because his parents owned LeeMar Sales store across the street. They began their life together on Marmora Avenue in Chicago. They then moved out to Schaumburg where they lived for 35 years on Quincy Court and then Saugus Lane. They later would move to Huntley, IL.
Dennis was a veteran of the U.S. Army, where he received an honorable discharge as a Captain. Dennis was very active in leadership positions throughout his life – which he attributed to lessons learned serving in the Army. He was on the Schaumburg District 54 school board, a Schaumburg Jaycee, the YMCA Indian Guides top chief, Conant HS Booster Club President, and Hoffman Estates Park District soccer head coach.
Dennis loved going out for a beer with friends and coworkers. He was well known to always be ready with a great story or a hilarious joke. He loved being a father and relished going to school and sporting events for his grandchildren. He was a master math tutor and driving instructor, patiently teaching driving to his children and grandchildren. You could always count on him to be there for his family.
Dennis and Louise moved to Sun City, Huntley, in 2014 where he became the Neighborhood 11 Chairperson and the Secretary of the Pinochle Club. Dennis was always involved and was well known to many in the community. He lit up every room through his wit, charm, and personality.
You would often find Dennis sitting at a table surrounded by family during family gatherings. Dennis would be the one giving advice and sharing his wisdom to all that would listen often peppering it with humor.
Our hope for our loved one, Dennis, is that he is now once again, surrounded by family and friends who have passed, where he is sharing his stories and humor as they gather to welcome him.
Family & friends will gather for a Funeral Mass that will be held on Saturday September 18, 2021, at 10 AM at Saint Mary Catholic Church, 10307 Dundee Rd, Huntley, IL 60142. Visitation will precede Mass at St. Mary Catholic Church at 9 AM. The Mass will be streamed on Facebook. https://www.facebook.com/defiorefuneral/ Please note the streaming will not start until the time of the Mass.
For further information please call the funeral home at 847-515-8772 or online condolences may be directed to www.defiorefuneral.com

Always knew Dennis at Sears to be honest, willing to do the "extra", and trustworthy

So sorry to hear that Dennis has left us. He was the star of Monday morning pinochle always sharing funny stories. He will be very missed. Our deepest condolences to his family.