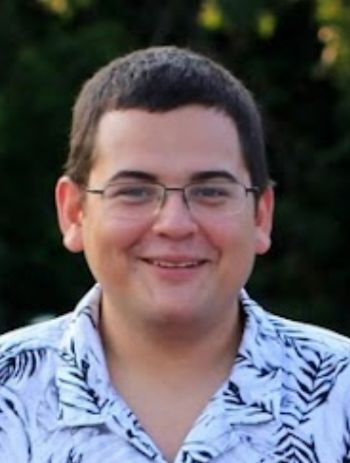 Nathan C. Golec, 25, of Crystal Lake, died September 28, 2021, after injuries sustained in an automobile accident.
Visitation will be held on Sunday, October 3, 2021, from 12noon until 4pm at DeFiore Funeral Home-10763 Dundee Road, Huntley, Illinois. In lieu of flowers, memorials may be directed to the family for the future of his son, Rylan.
Nathan was born February 14, 1996, in Hoffman Estates, the son of Raymond and Teresa Golec. He was an avid Green Bay Packers fan. Nathan enjoyed fishing with his son, his dad, his brothers and cousins. He was loving his new painting venture with his uncle. He loved being a dad and spending time with his family. He was a loving, son, brother, dad, cousin and friend who will be missed by all who knew him.
He is survived by his parents, Ray (Erica) Golec, Teresa (Hank) Maida, his son, Rylan, his brothers, Jacob and Zachary (Veronica), stepbrother Jesse and his grandparents, Dolores Sulzer (Ken Kuberski), John and Charlene Flynn, and Nancy Sulzer. He is also survived by his uncles, Ron (Shirley), Mike (Allison), Aunts, Sandy, Barb, and Rona (John Daly) and many loving cousins.
He was preceded in death by his grandparents, Ron and Fran Golec, Ron Sulzer and Rick James.
For further information please call the funeral home at 847-515-8772 or online condolences may be directed to www.defiorefuneral.com

Condolences (9)
Please take at least 10 seconds before clicking Submit to confirm the validity of the condolence.

My heart goes out to you and your family. Trust in the good Lord to guide and comfort you in your loss. I will keep Nathan and your family in my thoughts and prayers.

My heartfelt condolences to Teresa and Ray. Nathan was an absolute joy and I am so grateful for being able to spend the last 4 months with him. May goodness,peace,love &joy surround him eternally. I miss you my Packer Backer!

Our sincere condolences to the family. I can remember Nathan hanging out with Alex like they were each other’s shadow. He will be missed by all.

Sending prayers and love. We are truly sorry for your loss.

My sincere condolences to the family. Nathan and his family will be in our prayers.

The Wakeman family is devastated by this news. Stephen lost a friend who meant so much to him. We are keeping all of you in our thoughts and prayers. Ray, Stephen and Liz

Sending prayers and condolences to your family. We are grateful to have gotten to know sweet Nathan this past summer while he worked on a project at our home. We will miss his smile and sense of humor. We will miss him terribly.

Our hearts are full of love and support, our minds cannot possibly understand your loss, but forever our friendship will be something we can offer to bring you comfort. May the Lord keep you all close during this time especially.

So sorry for your loss. Condolences to the family.