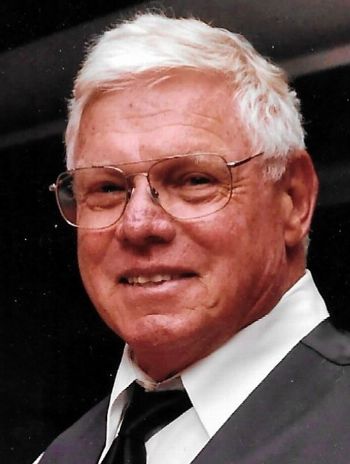 Douglas Short, 84, of Huntley, formerly of Lake Carroll, Illinois, died, peacefully, October 5, 2021.
Douglas was born March 1, 1937, to parents Roscoe C Short and Margaret in Chicago, IL
Doug went to Lane Technical High School in Chicago, IL and participated in Football and Track
He then went on to Carthage College. After a few years, Doug enlisted in the US Army as an intelligence Security Agent. After he was honorably discharged from the Army, Doug came back to Chicago and found his true partner Marjorie Wear. They were married in August of 1961. Now a married man, with a child on the way, Doug went back to college to finish his degree at Carthage College. As true partners, Marge gave birth to a child along with supporting Doug get his degree.
Over the years Doug and Marge had 2 children, Kathy, and Robert. Doug was a devoted father and was loved by his children. Doug was a family man, he and Marge participated in their children’s activities. Doug also was an active member of the Glen Ellyn Jaycees, Power Squadron and Meals on Wheels.
Doug and Marge retired to Lake Carroll, IL. Doug finally got a John Deere Tractor to mow his yard. He would use that John Deere to mow the lawns of neighbors when needed. Doug enjoyed golfing, boating, and participating in many Lake Carroll Activities. For Marge and Doug travel was a joy, especially their travels to Russia, Norway, England, Scotland, and Alaska. Doug was also a Freemason and Shriner later in life.
Doug enjoyed supporting his grandchildren at basketball games, swim meets, track meets and football games. Supporting his grandchildren was one of Doug’s greatest joys.
He will be remembered by most that knew him by his big smile, his humor, and the gift to talk to anyone
He is survived by his wife, Marge, his children, Kathy (Rick) Lingenfelser and Robert Short, his grandchildren, Benita and Theresa Dobson, Samantha Morton, and
Jack, Doug and Jim Brooks, by his great grandchildren, Makayla, Brooklyn, Lucas, William, Maxwell, Jaxson and Henry. He is also survived by his siblings, Thomas Short and Jean Faust.
Private family services were held. For further information please call the funeral home at 847-515-8772 or online condolences may be directed to www.defiorefuneral.com

Remembering Doug's contagious smile and warm handshake as we reflect on shared times at Trinity Lutheran in Lanark. Our prayers are with you, Marge and family at this time. Peace be with you.

My sincere sympathy to you Marge, and your family at this difficult time- losing your partner and beloved father and grandfather. I was privileged to know Doug and always appreciated his love of learning, curiosity, smile and friendly demeanor. You are in my thoughts and prayers and may your good memories give you peace and comfort.