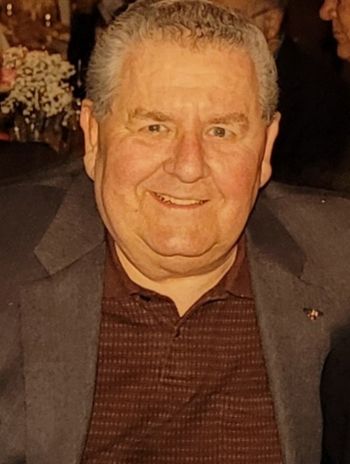 Richard A. Porto, 82, of Huntley, died peacefully, November 20, 2021, with is family by his side.
Visitation will be on Tuesday, November 23, 2021, from 4-7pm at DeFiore Funeral Home-10763 Dundee Road, Huntley. A Funeral Mass will be celebrated on Wednesday, November 24, 2021, at 10:00am with an hour visitation prior to Mass at St. Mary Catholic Church-10307 Dundee Road, Huntley. The funeral Mass will be streamed live on by going to https://www.facebook.com/defiorefuneral/
Burial will be at St. Mary Cemetery. In lieu of flowers memorials may be directed to St. Jude’s Children Research Hospital or St. Mary/ St. Vincent DePaul Society.
Richard was born December 16, 1938, the son of August and Anna Porto. On November 17, 1962, he married Donna M. Erickson. He proudly served in the National Guard. He worked for Allstate Insurance Company as a systems analyst until his retirement. Richard was an Eagle Scout and while raising his boys was active as a leader in the Boy Scouts. He was an avid Cubs and Bears fan, he enjoyed building wooden model ships. He was a member of the Knights of Columbus, the computer club, and the model railroad club. Richard will be remembered as a loving husband, father, grandfather, and friend. He will be missed by all who knew him.
He is survived by his wife, Donna, his sons, Ron (Abbi Sullivan) Porto, and Kevin Porto. He is survived by his six grandchildren Lauren, Melissa (Hector), Anthony, Ryan, Rebecca, and Thomas, and by one great granddaughter, Gabriella, and also by his sister, Sandra (Virgil) Pellegrino and sister-in-law, Rosemary Hausner and by many nieces and nephews.
Richard was preceded in death by his parents, by his son, Michael Porto and by his sister, Anita (Denis) McDonald.
For further information please call the funeral home at 847-515-8772 or online condolences may be directed to www.defiorefuneral.com.

I'm so sorry for your great loss, my thoughts and prayers are with you. I know for certain that we never lose the people we love, even to death. They continue to be a part of our lives in every act, thought and decision we make. No matter how old we are, it's never easy to lose a parent. My condolences you as you grieve.

With deep regret we are sending this message. Dick was a wonderful role model for all the scouts he worked with and was a mentor to me. His activity led me and my wife to become highly involved in scouting and was a wonderful friend. He is in the top tier of people we were glad we met and formed a friendship with. Our prayers are with you and your family at this time. We will always remember his positive outlook on life. Art & Gloria Jacobson

So sorry to hear about Uncle Rich. You are all in our thoughts.