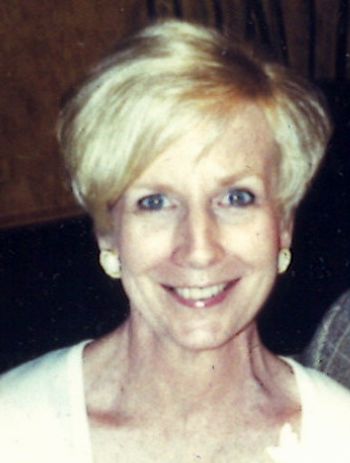 Gail P. Sleeting, 76, of Algonquin, Illinois passed away peacefully, December 23, 2021, at Journey Care Hospice with her family by her side.
Gail was born September 14, 1945, in Oakland, California the daughter of Frederick and Celeste Presser. The family moved shortly thereafter to Chicago, Illinois where she grew up in the Lakeview neighborhood as part of St. Andrew’s Catholic Parish & School (K-8) and was active in Girl Scouts. Gail went on to attend St. Benedict’s Catholic High School and continued to be active in sports and the arts. On April 25, 1964, she married the love of her life Walter Sleeting in Chicago at St. Andrew’s. The couple raised their family and continued to reside in Algonquin, Illinois for over 40 years while spending their summers in Door County, Wisconsin. Gail was proud of her Irish Heritage and visited Ireland multiple times while also exploring the European and North American continents.
Gail was an accomplished Real Estate professional as a manager of Stark Realty and serving on the McHenry County Board of Realtors, ensuring professional standards. Recreationally, Gail enjoyed a wide range of activities including golfing, sailing, painting, swimming, SCUBA-diving, horseback riding, playing Bridge, and dancing at every opportunity she had … just to name a few. Active in her community, Gail volunteered during her summers in Door County and at St. Mary’s and St. Vincent DePaul. Gail had a deep love for life, family, and friends. She will be greatly missed by all who knew her.
Gail is survived by her husband of 57 years, Walter, and her children Cheryl (Andy) Smith, John (Melissa) Sleeting, Jennifer (Ken) Brezina; by her five grandchildren Jesse, Allison, Maureen, Michael, Brigid; and, by her three great-grandchildren Thomson, Seraphine and Frederick. Gail is also survived by her brother, Craig (Nanette) Presser and sister, Mary (the late Scott) Olsen, niece Kristin, nephews Matthew, Daniel and their families.
Gail was preceded in death by her parents, her grandson Alex, and her brother Paul.
For further information please call the funeral home at 847-515-8772 or online condolences may be directed to www.defiorefuneral.com

Condolences (8)
Please take at least 10 seconds before clicking Submit to confirm the validity of the condolence.

It is with deep sympathy we think of the passing of Gail. She was a sincere and compassionate person that will always be remembered with our deepest love. Our thoughts go out to her family at this time and may our prayers for you help through this tough time.

My deepest condolences to the Sleeting family for your loss. Gail was a wonderful person to have known. She will be missed.

My sister Gail was a linchpin. The kind of person who kept other people in touch. She kept her family close and herself active. I was the Altar boy at Gail and Walter's wedding. They have been so good for each other and their children for all of those many years. I am saddened I cannot attend, so say these few and feeble words. Gail was part of the fabric of many lives and will be missed more as time goes on. Heaven is a little richer and we a little Poorer. Gail's Brother Craig Presser.

It was my pleasure to meet and spend some time with Gail. She did light up a room. She was beautiful, intelligent, gutsy and I, as others, will miss her as we have for the past several months.

Our sincerest condolences to the entire Sleeting family. While we mourn her loss, her legacy lives on through her wonderful family.

We would like to extend our sincere sympathy, thoughts and prayers to the whole family. May all the wonderful memories they have help bring some comfort in the days ahead. Gail always had a ready smile as soon as she would see you and always kind words She will be missed by all who knew her.

I always enjoyed playing bridge with Gail. She was not my partner but we were at the same table many times. She was beautiful and a good person. Condolences to family.