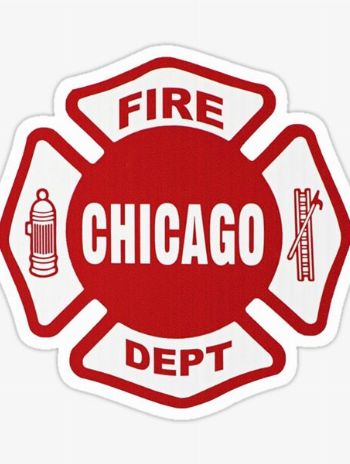 William “Bill” Minogue, 84, of Chicago, died peacefully on April 27, 2022, at River Crossing in Elgin.
Bill was born in Chicago on October 14, 1937, to parents Lawrence and Adeline (nee Dinella) Minogue. While on a lunch break from the Fire Academy, Bill met Rosemarie Cnota at Foster Beach and it was love at first sight. The couple was married on September 3, 1960, and celebrated 59 years of marriage before Rosemarie’s death in December of 2019. Bill was very proud of his career as a Lieutenant with the Chicago Fire Department and was a strong leader in both his career and as a father. He was an excellent dad who treasured spending time with his family and enjoyed fishing with his sons. He enjoyed retirement with his wife in the Upper Peninsula. Bill loved to laugh and had a joke for everyone. He was an optimistic man who will be remembered for his strength and devotion to his family.

For further information contact the funeral home at 847-515-8772 or online condolences may be directed to www.defiorefuneral.com

Condolences (13)
Please take at least 10 seconds before clicking Submit to confirm the validity of the condolence.

Our deepest sympathy to his entire family.

So very sorry for your loss— he has such an amazing legacy. Love to all.

Heartfelt sympathy to the Minogue Family. Although we didn’t know Bill, he must’ve been an incredible guy to raise such a wonderful family. Peace and comfort to all of you.

To all the Minogue family…The patriarch of a family is a tough loss.. The leader has peacefully pasted to be with loved ones that have gone before..the sadness for all of you is immense ,but know that GOD has called him home…

Jim sorry to hear about your dad. This is always a tough loss for everyone. Stay strong and keep your family close. Radar

I’m so sorry for your loss. My thoughts and prayers are with all of you in this terrible time.

Jim so sorry to hear about your loss.

Jim sorry to hear about your dad. This is always a tough loss for everyone. Stay strong and keep your family close. Radar

Our heartfelt sympathies to the entire Minogue family at this sad time .May your grief turn into sweet memories of family times with your Dad.Love to all.

My heartfelt sympathy to you and your family Mike ~ I hope the wonderful memories of your father can bring you some comfort at this time. May he rest in peace and may his memory be eternal. My thoughts and prayers will be with you and your family in the coming weeks and months.

So very sorry. Bill was a very kind man. My Dad enjoyed chatting with him at Missy and Mike's rehearsal dinner. He always told cool stories about his time as a fireman. He will be missed by his boys and their families. Hugs of healing for all of his family.

Sending my sympathies to the Minogue Family. I hope you find some comfort during this difficult time knowing your parents are reunited together forever. Sending love to all of you. Beccy & Dave Gurion

God Bless.Mr Minogue was a very kind Man as are all the rest of the family.You all will be in my prayers