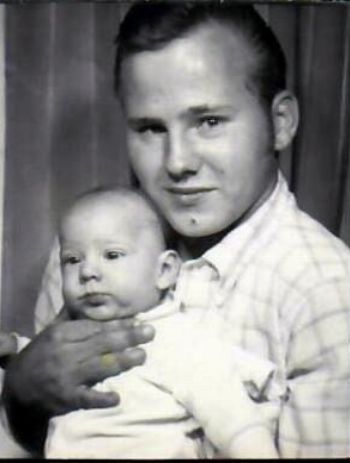 Bernard Martin, 73, of Lakewood, formerly of Carpentersville, died peacefully on June 11, 2022, at JourneyCare Barrington.
Bernard was born in Chippewa Falls, Wisconsin on October 1, 1948, to parents Carl and Cecelia (nee Dressel) Martin. While riding his moped in Streamwood he saw Diana Turpel walking with a friend and was instantly smitten. After winning Diana over, the couple were married on November 2, 1968. Bernard’s love for Diana was extraordinary and unique, and not a day went by where he didn’t say “I love you.” Bernard was a family man at heart, and every Sunday, affectionately dubbed “Family Day,” was spent together with the kids. He enjoyed playing poker and frequenting garage sales and auctions. He loved auto shows and his ’56 Ford Crown Victoria, and he dreamed of one day owning a Corvette. He was a strong and determined man who made friends everywhere he went. He will be missed dearly by all who knew him.
Bernard is survived by his beloved wife, Diana Martin, his daughter, Stacy Lambertson, his grandchildren, Corey (Ashley) Morales, Ashley (Curtis) Lakshmanan, Kyle Martin, and Evan Martin, his 13 great-grandchildren, and his siblings, Deborah (Zeke) Gutierrez, Charles (Susan) Martin, and Edwin (Janet) Martin.
He was preceded in death by his son, Steven Martin, his son-in-law, Craig Lambertson, and his brother, Gerald Martin.
Cremation was private at DeFiore Funeral Home.
For further information please contact the funeral home at 847-515-8772 or online condolences may be directed to www.defiorefuneral.com

So sorry for your loss.

Sorry is not enough. You will be together again. Your love is strong Always remember that.

Sad to hear this hope your memories console you and Stacy

I'm so very saddened of the lose of Mr. Bernie even though we haven't had contact in several years he was like a Uncle to me growing up. My Heart goes out to Mrs. Diane Stacy and the whole family. RIP Mr. Bernie