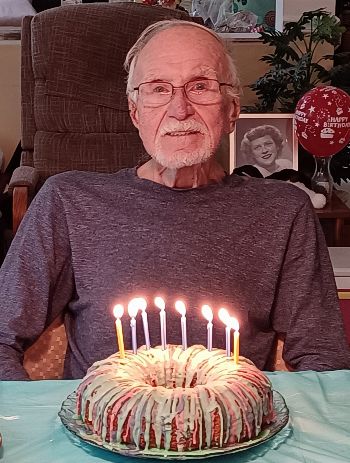 John Eggersdorfer, 92, of Lake in the Hills, IL, passed away peacefully and in the presence of loving family members on September 2, 2022.

John was born on June 17th, 1930, to hard working German immigrant parents, John and Frances (Wipplinger) Eggersdorfer in Chicago. He experienced a tough early life while growing up during the Great Depression. At age 8, he lost his older brother, Frank, and at age 10, his father, John. Becoming the “man” of the house he developed an extraordinarily strong work ethic and sense of
responsibility to family.

John graduated from Lane Tech H.S. in 1948, and soon after fell for his “roller-skating” sweetheart, Joan Deleshe. He served in the United States Army during the Korean War, stationed in Japan. Upon his return, trained for a career as a machinist specializing in tool and die. John retired at age 69.

John as a young man enjoyed fishing and boating at the Chain O’Lakes. He was also a lifelong Chicago Cubs fan and often visited Wrigley Field when he lived near the park. He also enjoyed improving, fixing, and tinkering with things on his home, yard, and car.

John was a great dad, husband, son, and brother. He treated others with respect, fairness and always tried to be supportive and helpful by offering advice and his knowledge if asked. He treasured the time spent with family and will be greatly missed by his children and grandchildren.

John is survived by his sister, Rosemary Bzowy, his children, and grandchildren. Preceded in death by his cherished wife, Joan; parents, John and Frances Eggersdorfer; brother, Frank Eggersdorfer; and son-in law, Jeff Berry.

Our deepest condolences for his family, he was a good neighbor and a great man. May God rest his soul. He will be missed.

We send prayers for your loss and blessing to John’s family. in sympathy, Janice and John

John was such a gentle, kind man. We are praying for all of you. Let the Lord’s embrace and love comfort you.