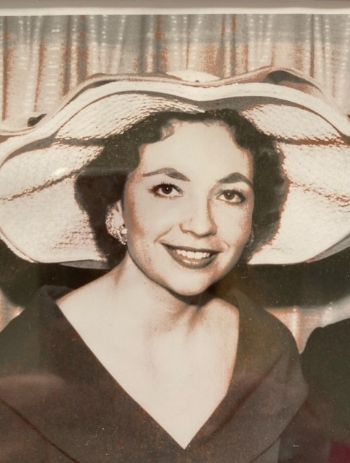 Susan Elaine Roberts (nee Rector), age 90, of Huntley, IL, passed away on November 5, 2022, surrounded by her loved ones. She was born in Des Moines, IA, on December 20, 1931, to Jesse Rector, Jr., and Viola (O’Connor) Rector. She married John Roberts in 1958 and raised two children in Phoenix, AZ.
Growing up, Susan and her parents moved often, and it was in Laramie, WY, where she first met her future husband. After high school, she set off on her own to New York City, where she became a model, and then to New Orleans. Susan then reunited with her parents and moved to Phoenix. While working for a Phoenix bank, a customer came in who she recognized as her high school classmate John. Susan and John fell in love and married in Scottsdale, AZ. In 2001, John and Susan moved to Huntley, IL, to be near their daughter and her family.
Susan is survived by her dear husband, children John (Jeanie) and Kathleen Koy (Kevin), grandchildren Jesse Roberts, Carson Koy and Connor Koy, nephew William Rector, Jr., and niece Christie Rector. She is preceded in death by her beloved parents, brothers Edward and William, and her cousin Kay Thompson.
Susan’s family and her role as devoted wife and mother was the center of her life. She will be dearly missed.